All You Need To Know About Elon Musk’s Starlink Internet

Famous billionaire and entrepreneur Elon Musk is yet to amaze you with his new venture. Not only was he behind the globe’s first mass produced electric vehicles, Tesla, but is also behind SpaceX’s project to space. Currently, he’s creeping closer to satisfying his vision of global speedy internet, Starlink. Anyone with a thirst for a fast and reliable internet connection should get excited.

While this new exploration has already grasped about 10,000 users, it’s yet to reach more. SpaceX’s Starlink has ensured that anyone in the globe can preorder for the service at $99 after its launch. North American residents can now attest to what it’s like having been the first to receive its beta test, “Better Than Nothing Beta”. Well, there’s much to unravel, so spare some three minutes and find out all you need to know about Elon Musk’s Starlink internet.

What Exactly Is Starlink?

With this ambition, the Federal Communications Commission (FCC) at the end of last year gave SpaceX almost $885.5 million as grant funds to propel this progress. Picking from that, in January alone this year, SpaceX launched more than 1,000 Starlink satellites. Every Starlink launch contains 60 satellites strapped into the topmost part of the Falcon 9 rocket by SpaceX, which blasts into orbit.

Why Was Starlink Created?

Elon felt that marginalized areas weren’t enjoying internet connectivity from lack of access to broadband services. So, the internet with no wired connection to a base station, could be a great revolution and an ideal solution. Starlink isn’t the first satellite internet.  It employs the use of low-orbit satellite technology. Meanwhile, Elon Musk was also after fulfilling his dream of giving the world a speedy broadband internet, I suppose.

In addition, Elon Musk’s Starlink internet service has a faster distribution rate and can serve a considerably large number of individuals, unlike fiber internet. That’s why Elon Musk was intentional with this dream. Also, as mentioned before about the new technology, “low-orbit satellite,” Starlink internet was created with the idea of lower latency. What does this mean?  The lower latency means that more homes will access online services almost instantaneously without the caveats of traditional broadband.

How Much For Starlink Internet Connectivity?

Starlink internet isn’t exactly a low-cost option, at least for now. A monthly subscription amounts to $99. For the Starlink kit (a tripod for mounting, a Wi-Fi router, and terminals), you’ll spend $499.  Recently, Starlink allowed other countries to preorder with a deposit fee of $100 for the service. The deposit fee is to reflect in the Starlink kit.

While it might seem affordable to some, it’s costly to others. When we compare the cost with other internet offers, it isn’t any cheaper. Other internet providers offer as little as $60 monthly with speed up to 520Mbs. Remember, general users will access Starlink internet by disbursing an upfront of $600. It’s expensive!

Which Countries Have Starlink Internet?

First launched in the Northern US, Elon Musk’S Starlink internet has crossed its borders to Southern Canada. Now, it’s projecting to launch in the following countries quite soon:

Residents from these areas confirmed via Reddit and Twitter to have made their deposits for Starlink internet connectivity. And as more satellites join the constellation, the internet will bulge into other global areas.

However, for this to happen, Elon Musk confirmed to his customers that they’ll need a minimum of 10,000 satellites in orbit. Presently, SpaceX is at 10% and wants to hit 30,000 satellites and more to make it to 100%. They focus on establishing this by 2022 through consistent prosperous takeoffs.

Why Satellite Internet And Not Fiber?

Although fiber is considerably faster, satellite internet is more easy to install and is more accessible. It’s not to say that launching satellites is easy, but the field lacks competitors. As well, it has the potential to reach areas where fiber can only dream of reaching. Also, the fact that Elon Musk is behind this means there’s potential and public interest in it. It’s parent company,  SpaceX is also operating exclusively. Documents from FCC even reveal that it’s working to add a dedicated phone service.

Emails are an important part of marketing, and these tips for effective email marketing will improve the results of your campaign. You need to keep up with the latest email marketing practices to get those results, so...

The success of every business depends upon strong and seamless communication. This can be done through various channels. E-mail marketing is one of the most effective marketing methods among these. According to studies... 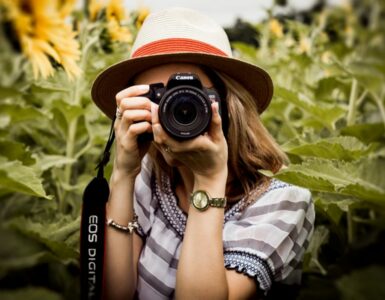 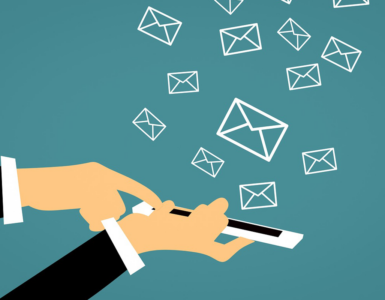 5 Reasons That Make Email Marketing a Must For Every Business

We use our emails for everything – work, personal life, messaging, shopping and more. It has become such an essential part of our daily routines that we end up forgetting how powerful email marketing actually is for...

Ways to improve your internet connection

Having a problem with a slow internet connection, is so freaking annoying isn’t it? When you are watching, such as good movies, animes, cartoons, documentaries, tutorials, vlogs, music videos on YOUTUBE or... 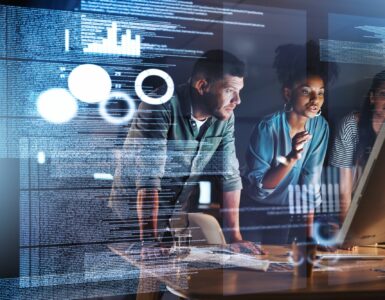 How To Choose The Best Business Software?